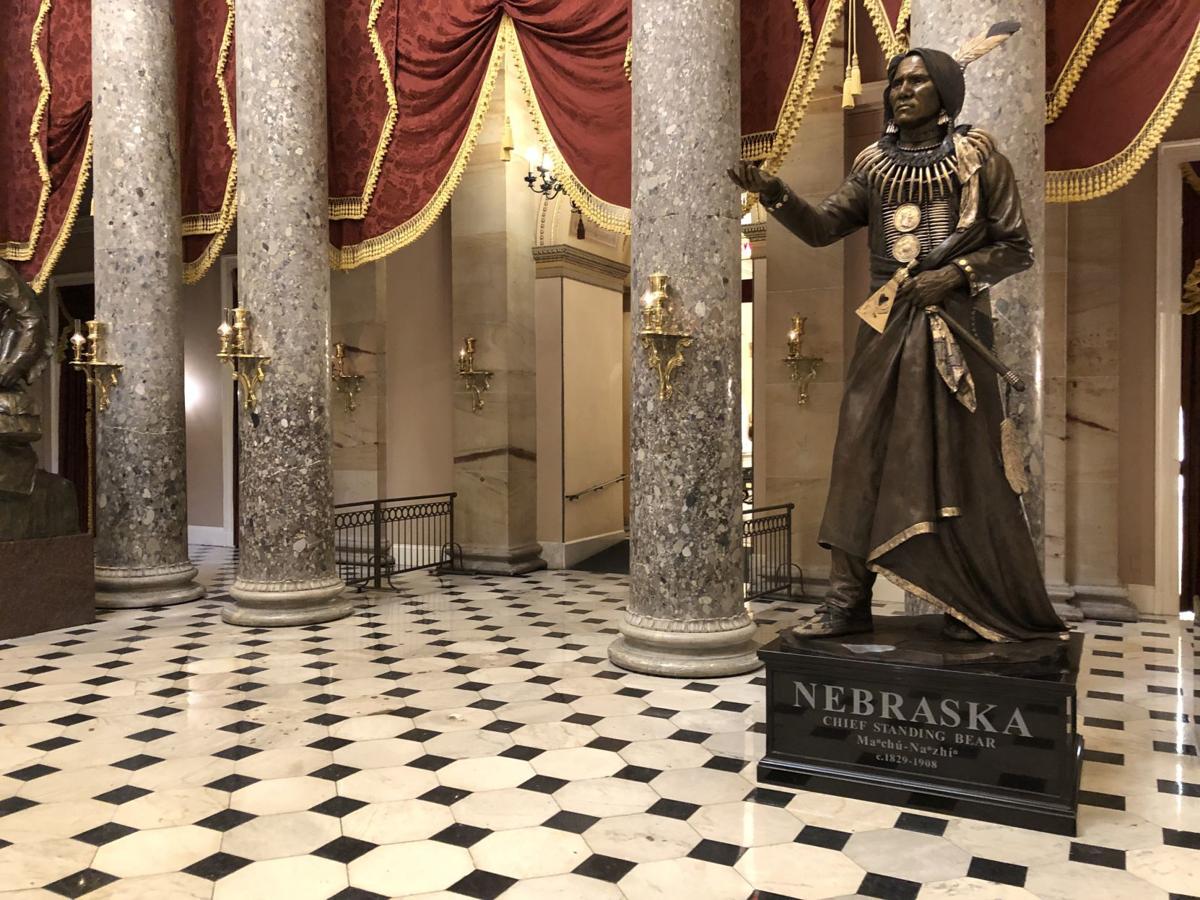 WASHINGTON — American history books have often overlooked Standing Bear, but for millions of U.S. Capitol visitors, the Ponca chief will now be impossible to miss.

A towering bronze statue of the chief, his hand held out before him, stands prominently in Statuary Hall.

“It’s an honor to be here today to recognize a Nebraska hero and one of the most important civil rights leaders in our country that almost nobody knows about,” Nebraska Gov. Pete Ricketts said at the statue’s dedication Wednesday. “And we hope to be able to correct that today and tell his story.”

That story is one of how the peaceful Ponca were forced to leave Nebraska and how Chief Standing Bear later pledged to his dying son that he would return to bury his body in their homeland.

Standing Bear was arrested while fulfilling that deathbed promise and was called upon to prove in court that he should be considered a person under the law.

The chief argued that while his hand might be a different color, it still bled when pierced. His next words are inscribed on the black granite of the statue’s base.

“The blood that will flow from mine will be the same color as yours. The same God made us both. I am a man.”

Dignitaries on the stage Wednesday included top Nebraska and national officials. One after another, they invoked the chief’s words.

“Chief Standing Bear didn’t seek to be a civil rights leader,” said Rep. Jeff Fortenberry, R-Neb. “He simply wanted to bury his dead son on their ancestral homeland, and in doing so he called forth the essence of human dignity and he changed the course of history in that transcendent moment when he raised his hand and he said, ‘I am a man. God made us both.’”

Sen. Deb Fischer, R-Neb., noted that Statuary Hall was previously the meeting place for the House of Representatives when lawmakers approved the shameful injustice known as the Indian Removal Act.

Fischer referred to a statue representing Clio, the muse of history, that stood witness that day and still watches from above the chamber’s doorway.

“Today she turns a new page as Chief Standing Bear is welcomed into this cathedral of democracy and joins those who have shaped America’s history,” Fischer said.

House Speaker Nancy Pelosi spoke about inviting each state to send two statues to the Capitol — a practice that started as a unity gesture after the Civil War.

“More than 150 years later Statuary Hall is our pantheon of patriots, where our nation’s heroes are memorialized in marble and bronze,” Pelosi said.

Brewer delivered a benediction that touched on loving neighbors and showing mercy.

Dedication of Standing Bear statue about to begin

Among others at the event: the entire Nebraska congressional delegation; Judi gaiashkibos, who is executive director of the Nebraska Commission on Indian Affairs; and the artist, Ben Victor — the only living artist with three statues now on permanent display in the Capitol.

A few of the chief’s direct descendants attended, including Steve Laravie of Lincoln and his son Steve Laravie Jr., who performed the “Chief Standing Bear Honor Song” during the dedication.

Ponca Tribe of Nebraska Chairman Larry Wright Jr. delivered the invocation and said afterward that it was overwhelming to think of all the people who would pass by the statue.

“To know that this is going to be one of the things that they see and probably won’t forget,” Wright said. “Today is a good day for the Ponca nation.” 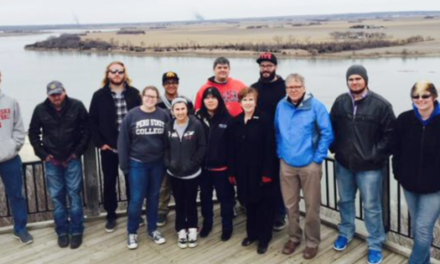 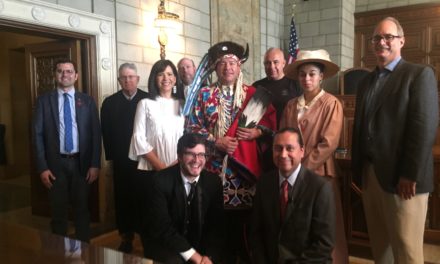