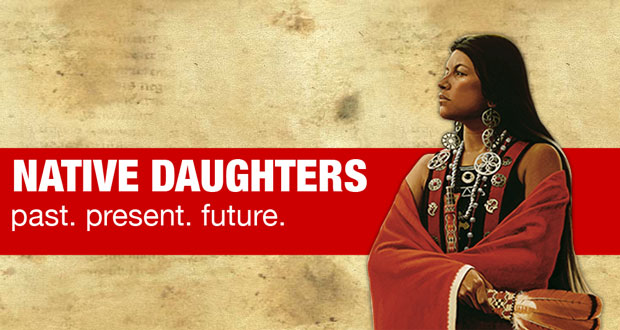 “It’s no exaggeration to say that American Indian women are missing from most media coverage, history books and classroom discussions. But at least journalism students, instructors and state educators in Nebraska are doing something to help end America’s ignorance of Native women and the contributions they make to their communities, their tribes and to the nation as a whole.

Last year, the University of Nebraska-Lincoln College of Journalism and Mass Communications published the magazine, Native Daughters. With a grant from the Carnegie Foundation and under the guidance of five university professors, students spent 18 months reporting and writing about American Indian women who are artists, activists, lawyers, cops, warriors, healers, storytellers and leaders.

Now the Nebraska Department of Education has also released a companion curriculum for the magazine. You can download it for free here.

Can’t wait even one minute more to learn about Native women? Here’s a teaser of what you can learn more about in Native Daughters—and what you can share with your students via the new curriculum.

1. “A lot of people think that us women are not leaders, but we are the heart of the nation, we are the center of our home, and it is us who decide how it will be.”–Philomine Lakota, Lakota language teacher, Red Cloud High School, Pine Ridge, S.D.

2. The art forms Native women practice stand as reminders of cultural endurance. “Their crafts survived the Greasy Grass (Battle of Little Big Horn), Wounded Knee One (1890) and Two (1973),” writes Christina DeVries in Native Daughters. “Their spirits survived the Trail of Tears, the Relocation and Termination program and continued struggles against cultural annihilation.”

4. Of nearly 2 million women enlisted in the U.S. armed forces, 18,000 are American Indian women.  Their representation in the military is disproportionately high—and Native women are more likely to be sexually harassed, which increases their chances of developing post-traumatic stress disorder.

6. In 2007, when Cassandra Manuelito-Kerkvliet (Diné) was named president of Antioch University, she became the first American Indian woman president of a mainstream university. Not only that, but about half of the nation’s tribal colleges are led by Native women presidents.

7. Cecelia Fire Thunder (Lakota) became the Oglala Lakota Tribe’s first woman president. She has fought against domestic abuse, saying it’s not a part of traditional culture, and been a leader for women’s reproductive rights. In 2006, when the South Dakota state legislature prohibited abortion, Fire Thunder announced plans to build a women’s clinic on the reservation, and therefore beyond state jurisdiction. She was impeached by the tribal council, who said she was acting outside her duties as president.

9. “Through the late 1700s, Cherokee women were civically engaged. They owned land and had a say during wartime,” writes Astrid Munn in Native Daughters. “But this changed after the tribe ceded large tracts of land to the U.S. government in 1795.”  Since the mid-1980s, though, a generation of Native women activists, lawmakers and attorneys have been changing that history and working to empower women again.

Photo of  magazine cover. To order copies of the magazine, contact Joe Starita. You can also visit nativedaughters.org to watch video clips and extended raw footage of the interviews.” 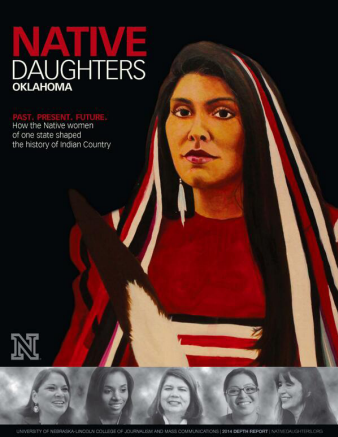