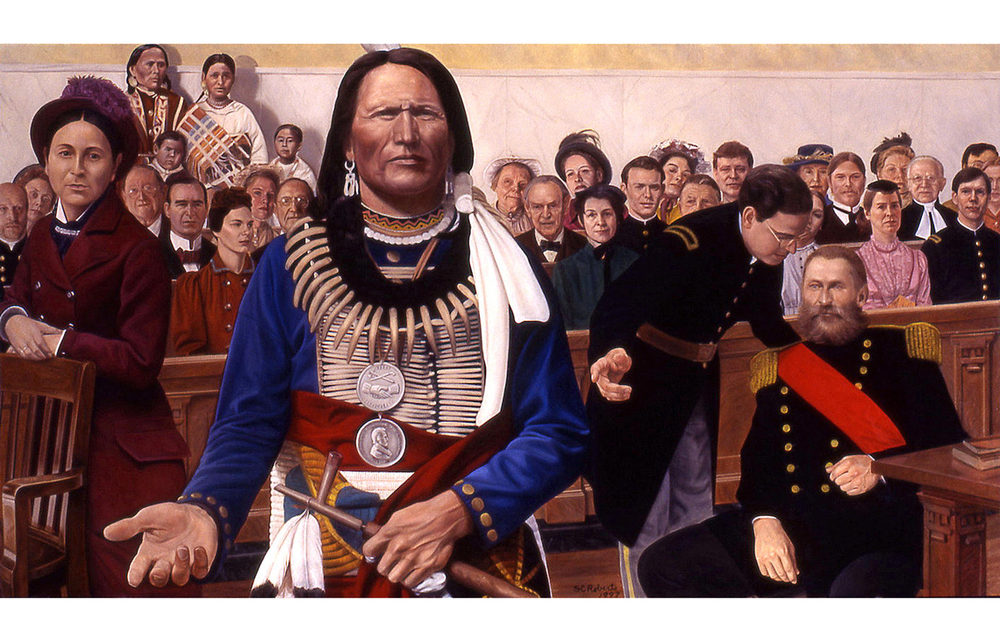 This mural celebrates “The Ideal of Freedom” with a scene from the 1879 trial of Ponca Chief Standing Bear. Even though he didn’t speak English, Standing Bear was willing to stand up and speak out for his rights. You see him here with writer Susette LaFlesche Tibbles, who interpreted for him, and with General Crook, who helped get him a trial and legal representation. Until Standing Bear’s trial, Native Americans had not been recognized as persons under United States law. Standing Bear worked within the system and bought about real change. He established the humanity of his people under the law and won protection for them under the U.S. Constitution when he declared himself a man. 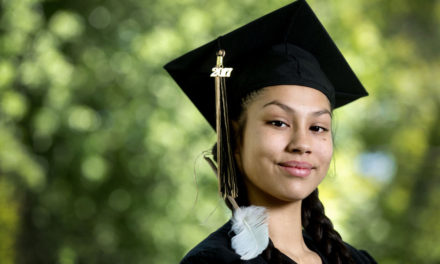 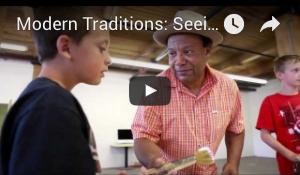