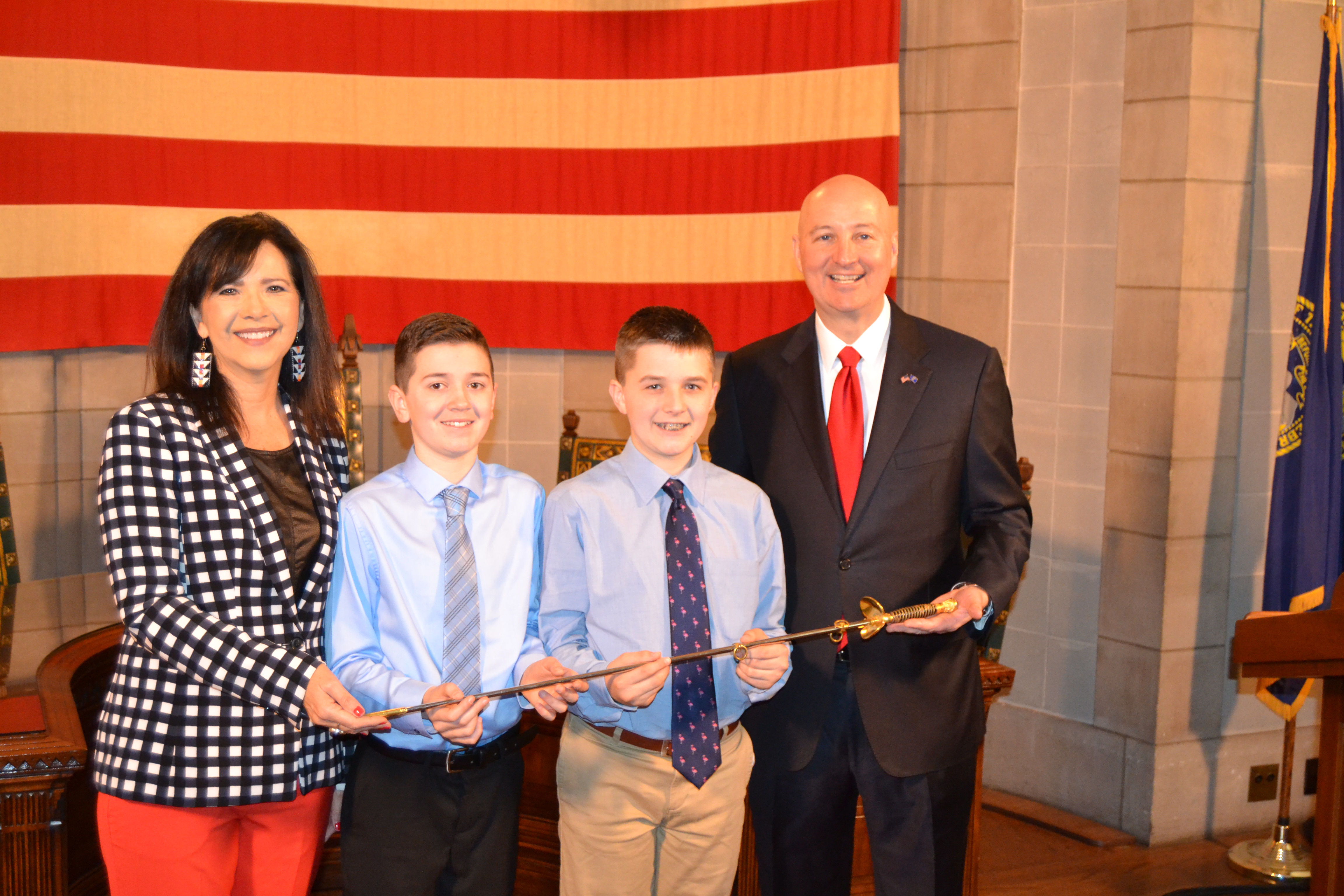 On April 4, Miles Poppleton and Jayger Haag 7th graders  from St. John the Baptist Catholic School in Plattsmouth, Nebraska visited the Nebraska State Capitol.  They came to share research on their National History Day project titled Andrew Poppleton; a Triumphant Voice for Human Rights. Their project won at regional competition and has made it to the state round which will be held Saturday, April 6th at Nebraska Wesleyan University in Lincoln.

In addition to both students outstanding research, of special significance is the fact that Miles Poppleton is the great great great grandson of Andrew Jackson (AJ) Poppleton who represented Ponca Chief Standing Bear in his court case.  After the trial General Crook, the general who arrested Standing Bear and the other Ponca tribal members, presented Poppleton his ceremonial sword and two military issue cap and ball .45 pistols as “payment” for the attorney’s services, but it was more so a show of respect to Poppleton, as Crook although tasked with apprehending Standing Bear, felt that this was a grievous wrong on the part of the government and wanted to right this wrong.

The students brought this historic sword, which has never been on display in any museum, with them on their visit to the capitol where they met with Governor Pete Ricketts in his hearing room to tell about their project and show him the sword. 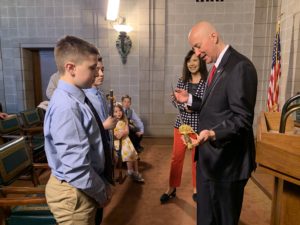 They also met with Nebraska Chief Justice Mike Heavican where they gave a short presentation on their project.  He gave them extra insight into the meaning of the trial, the legal process and the historic legal precedent that it set. 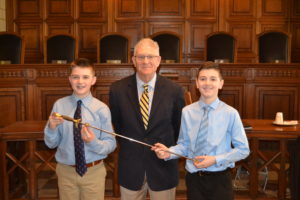 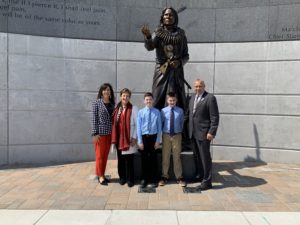 The Sword was then hosted in Senator Brewer’s office where many senators came to see the sword and visit with the two students about their project, and they got to visit with their senator, Senator Clements. 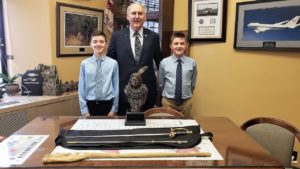 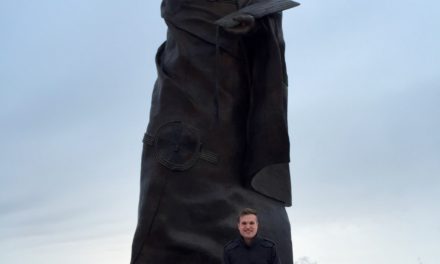