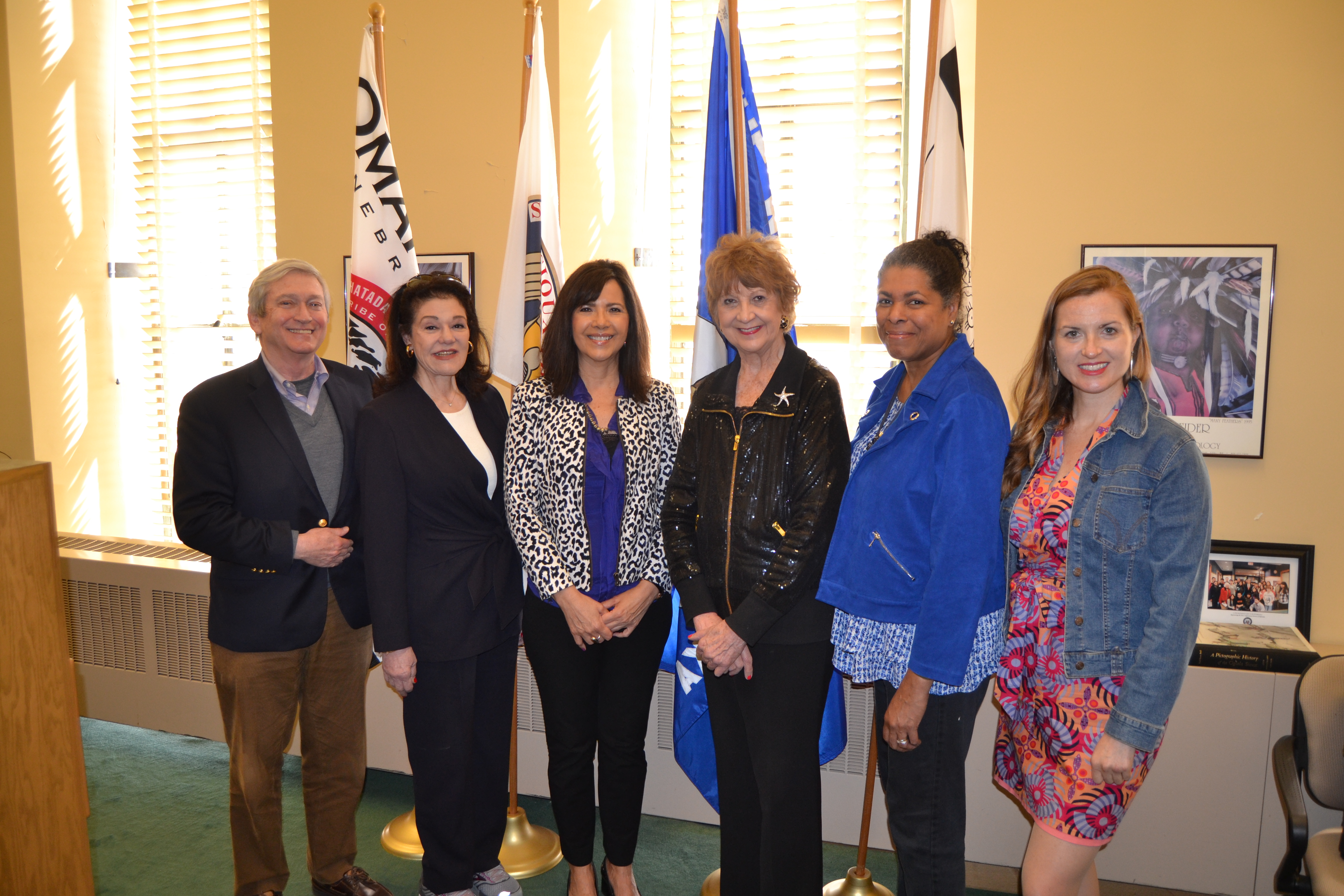 On May 6th Executive Director Judi gaiashkibos met with a group of distinguished visitors hosted by Dr. Hahn. The delegation was visiting Nebraska to attend the Berkshire Hathaway Annual meeting. The delegation included:

Natalie Hahn from Central City, Nebraska  is the founder of the Malaika Foundation, and has worked 38 years with the United Nations including service in Africa, Italy and New York City.

The group stated the highlight of their trip to Nebraska was their meeting with Judi gaiashkibos in the State Capitol to learn more about contemporary tribal issues. 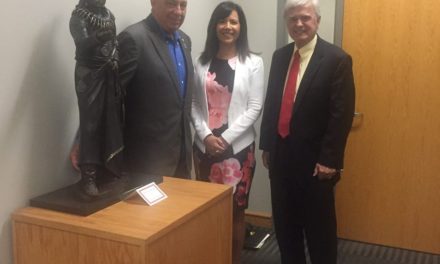 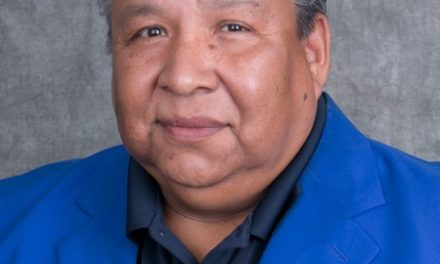 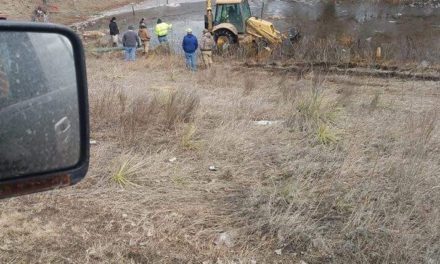