LINCOLN—Judi gaiashkibos, executive director of the Nebraska Commission on Indian Affairs (NCIA), will receive the 2012 Sower Award in the Humanities, the Nebraska Humanities Council (NHC) and its Foundation announced today.

gaiashkibos will be honored Oct. 2 at a benefit dinner at Lincoln’s Embassy Suites, in conjunction with the 17th Annual Governor’s Lecture in the Humanities. Harvard scholar Robert Putnam will deliver the free public lecture that evening at the Lied Center for Performing Arts on the topic of his 2010 awardwinning book, “American Grace: How Religion Divides and Unites Us,” which explores the role of religion in American public life. Putnam’s lecture will open the 2012-13 E.N. Thompson Forum on World Issues, a series on religion, rights, and politics.

NCIA director since 1995, gaiashkibos has a bachelor’s degree in human relations and a master’s degree in management, both from Doane College. She is a national leader in Indian affairs, known for her focus on state and tribal relations, strategic planning, policy development, leadership and mentoring. Under her leadership, the NCIA developed and hosts the annual Chief Standing Bear breakfast, highlighting issues of equality and attended by hundreds of Nebraskans of all ages and backgrounds.

gaiashkibos was nominated for the Sower Award by former honorees Chuck Trimble of Omaha and Don Pederson of Lincoln. In his nomination, Trimble said she had transformed the Indian Affairs commission “from an office-bound little bureaucracy to a dynamic organization advocating and maintaining positive State-Tribal relations, and reaching out to promote interracial harmony and good community relations.” Pederson, a former state senator, said that during his 10 years on the Nebraska Legislature’s Appropriations Committee, gaiashkibos “gave our committee a better understanding of the issues facing Native Americans,” and that “the humanities have been enriched by Judi’s efforts.”

In a June 2012 profile of gaiashkibos in L Magazine, she describes herself as a “junkyard dog” whose tough upbringing in the shadow of a Norfolk salvage yard helped instill a survivor spirit. A member of the Ponca Tribe and a direct descendent of Chief Smokemaker, a colleague of Chief Standing Bear, she derives inspiration from Standing Bear’s story, which led to the first legal recognition of Indians as people. She has been closely involved with Native Daughters, a project of UNL’s College of Journalism and Mass Communications that includes a publication featuring stories of remarkable Native women past and present and an online curriculum guide funded by the NHC.

gaiashkibos is past president of the Governor’s Interstate Indian Council and serves on several state advisory and nonprofit boards. She received the Douglas County Historical Society’s 2009 Gate Keeper Award in recognition of her “opening new doorways in the spirit of Unity, Equality and Understanding.” She consults with a variety of Native and non-Native organizations and has served as advisor on a range of projects in Nebraska and nationwide, especially in areas of Indian history, culture, law and protocols.

The Humanities Council annually honors individuals, institutions, businesses and communities with its Sower Award for contributions to public understanding of the humanities in Nebraska, based on nominations and letters of support from the citizens of Nebraska. The award is an original bronze sculpture by Nebraska-born artist Sandra Dunn Mahoney. Tickets for the Oct. 2 pre-lecture reception and dinner, including presentation of the Sower Award, will be available for purchase in late August.

The 2012 Governor’s Lecture in the Humanities is presented by the Nebraska Humanities Council and Foundation with co-sponsors the E.N. Thompson Forum on World Issues and the University of Nebraska. For more details visit www.nebraskahumanities.org. 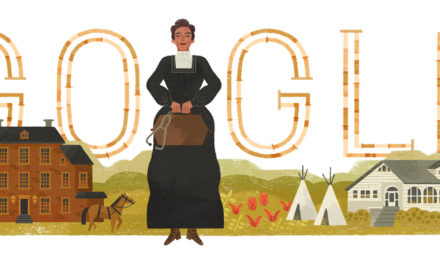 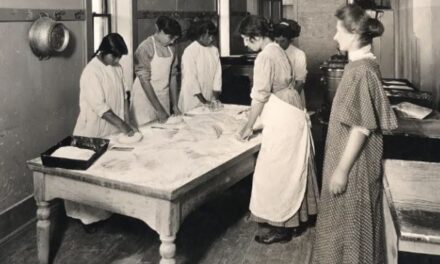 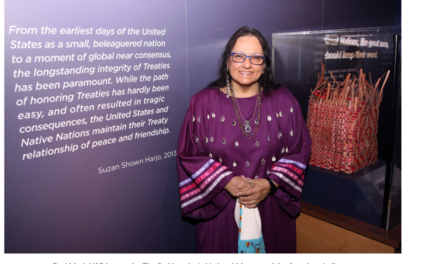