NCIA’s Sovereign Native Youth Leadership Program participants enjoyed a full day of leadership this Tuesday.  In addition to seeing award-winning Native author and humorist Sherman Alexie at a sold out event at the Ross Film Theater, NCIA’s leadership students had the priviledge of meeting numerous state and federal government officials including Senators Ernie Chambers and Al Davis as well as U.S. Congressman Jeff Fortenberry.  The students learned about careers in the government and also enjoyed a tour of the Sheldon Art Museum along with a Famous Dave’s dinner before Mr. Alexie’s event.

Here is an article published in the Lincoln Journal Star about Senator Chambers speech to the leadership students:

It was Civics 101, Sen. Ernie Chambers-style, on Tuesday for a group of young Natives who aspire to become leaders.

Chambers, widely regarded as the dean of the Legislature after 38 years as a state senator, touched on a variety of subjects during a half-hour private meeting at the Capitol.

Among them were his exposure to racism as a child, how to communicate with and treat other people,  how to treat themselves and, most importantly, what it means to be black or Native American in a nation where most of the power is held by whites.

“This land was yours. It was taken from you — just like freedom was taken from my people,” Chambers told about 20 students participating in the Sovereign Native Youth Leadership Field Trip.

Scott Shafer, with the Nebraska Commission on Indian Affairs, said the field trip was part of an ongoing program designed to help Native students develop leadership skills by having experiences with people in government. In addition to Chambers, the group met with the Legislature’s Tribal Relations Committee and 1st District Rep. Jeff Fortenberry.

“We want to get them thinking about themselves and their future and how can they go back to their community to be better leaders of change,” Shafer said in an interview.

Mathew Wingett of Winnebago said he thought Chambers’ talk was good because the senator pointed out things that happen every day and “we don’t notice them.”

“I liked it a lot. I learned a lot, mostly about racial issues and government in real life,” said Ashley Hamilton of South Sioux City.

Maria Tello of Lincoln said she learned about the importance of not giving up when people put you down.

Chambers challenged the students to listen to what they were told by teachers and adults and to develop the ability to discern lies from truth.

“All of you are young enough to be my grandchildren,  and that’s the way I will treat you,” Chambers said. “I don’t lie to my children and grandchildren, and I will not lie to you.”

The Omaha senator told the students they should question the purpose of tribal names and those that are given them by others, saying they sometimes can make you feel less of a person.

“I don’t know if a Cherokee calls himself a Cherokee in his native language,” Chambers said. “How do we know? Whatever we are taught when we are young, we think they are telling us the truth.”

Borrowing a line from the Popeye cartoons, Chambers said: “I am what I am and that’s all that I am.” He encouraged the students to adopt the saying and live by it.

Not everyone who is an adult or holds a position is worthy or deserving of respect, Chambers told the students.

He also talked about the importance of learning life’s lessons, adding that he taught his own children how to survive — and fight when necessary.

“Life is hard by the yard, but it’s a cinch by the inch,” Chambers said. “The worst enemy you can have is a fearful mind, because it magnifies everything that is negative.” 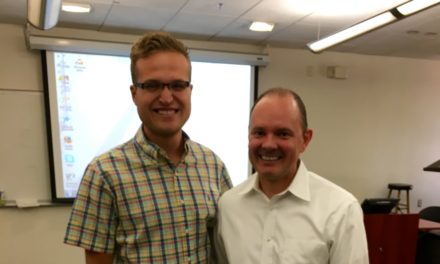 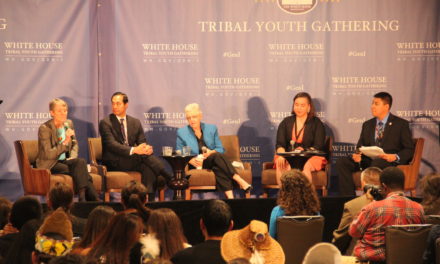 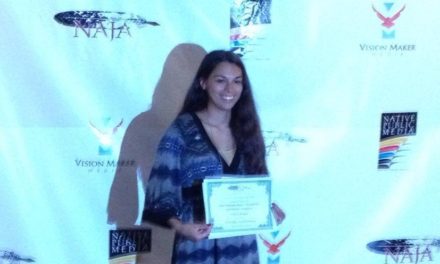