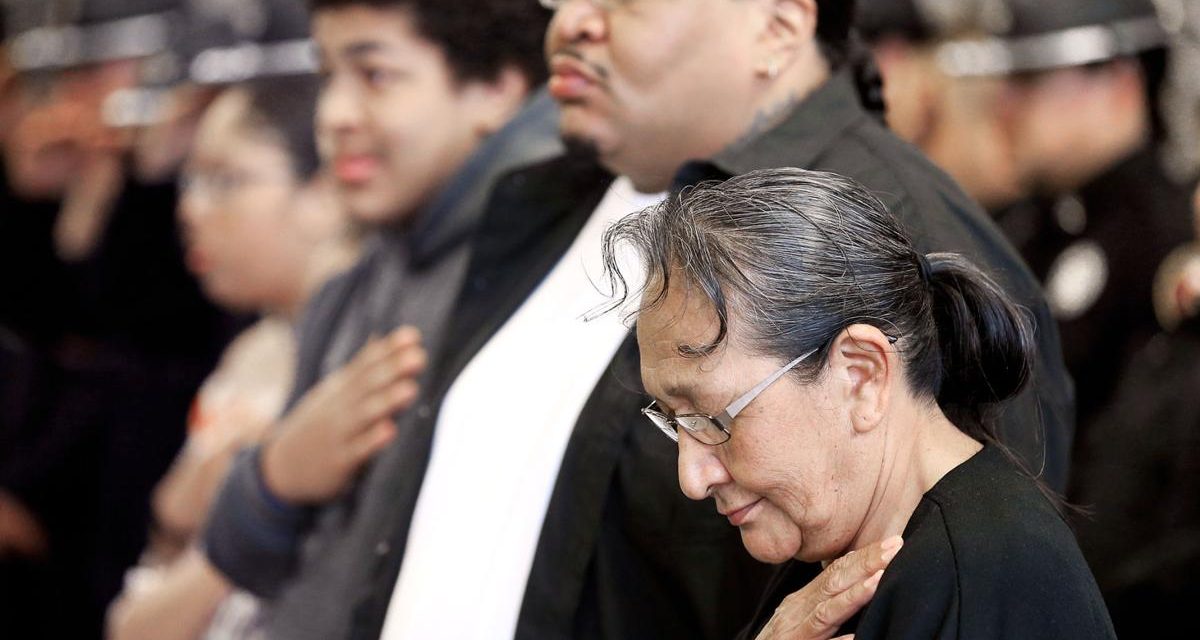 Representatives of the Omaha Nation Police Department and the family of Curtis Blackbird gathered Friday at a service to remember the fallen police sergeant.

Blackbird’s is the newest name added to the Nebraska Law Enforcement Memorial wall. The annual memorial ceremony was held at Fire Station 1, moved inside because of the rain.

Blackbird was a 17-year veteran of the Omaha Nation Police Department, which is in Thurston County. He died March 26, 2017, following an accident on a foggy night between Walthill and Macy. Blackbird, 59, was responding to a disturbance call. Before joining the police department, he served in the U.S. Army and was an EMT.

Family members at Friday’s service included Blackbird’s widow, Ardetta, and the two boys the couple took in, Nathan, 13, and Antonio, 5.

Clifford Wolfe of the Omaha Tribe used his native tongue to describe Blackbird as an honorable man.

The 10 people in uniform in the Omaha Nation delegation were a mixture of law enforcement and corrections.

One of the members of the Omaha Nation Police Department was Sgt. William Webster.

Because he was the oldest member of the department, Blackbird’s nickname was Grandpa Curt.

“He was fine with it. He embraced it. He kind of liked it. He was a big joker,” Webster said.

Webster and Blackbird were the department’s only two sergeants.

Webster, 32, has been with the department for 10 years. He “worked with Grandpa Curt my whole career,” he said.

If Webster could say something to Blackbird, he would say, “Rest easy. I’ve got it from here. We’ll take care of it, and no need to worry.”

“My very first arrest, my whole career, was with Grandpa Curt. I can remember it like it was just yesterday,” Webster said in an interview.

Throughout Webster’s whole career, “he helped fine-tune me,” the young sergeant said.

The emcee was Grand Island police investigator Jarret Daugherty, who is chairman of the Nebraska Law Enforcement Memorial Committee.

A memorial paver was added for Tanner Hauck of the Saunders County Sheriff’s Department. Hauck died while actively serving, but not in the line of duty, on Jan. 29, 2016.

But, quoting the program, Ricketts said it’s not how officers died. It’s how they lived.

To keep people safe, officers often give up time with their families, Ricketts said. During a snowstorm earlier this year, while most people were trying to get off the road, officers were going out into the storm to help people.

Col. John Bolduc of the Nebraska State Patrol said it was a day to honor, remember and to thank. Law enforcement memorials, he said, are important to people in uniform and to their families. Bolduc referred to law enforcement as a “noble yet challenging” profession. Officers, he said, are often taken for granted by the very citizens they are sworn to protect.

Attorney General Doug Peterson encouraged members of the Omaha Nation Police Department to support the Blackbird family and to make sure the bond with them stays strong. Daugherty pointed out that Peterson attends the Nebraska Law Enforcement Memorial ceremony every year.

Grand Island Police Chief Robert Falldorf said that officers may have their differences, but when something bad happens, “we will all come running” together.

The ceremony included a talk by Dorald Robinson of Whitewater, Wis. Robinson’s grandfather, William Wathen, was a Boone County constable who died in 1937.

The memorial wreath was presented by Lupe Lopez of the Iron Warriors Motorcycle Club.

The colors were presented by the Grand Island Police Department Honor Guard.

In addition to law enforcement personnel in dress uniform, the ceremony was attended by Air Force ROTC members from Grand Island Senior High and cadets from the Nebraska Law Enforcement Training Center. 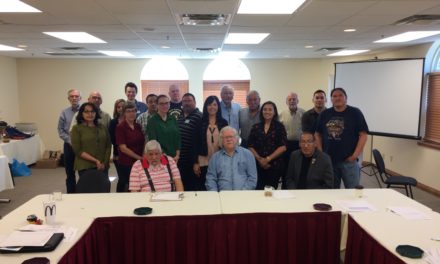 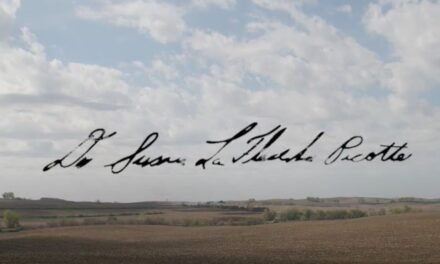 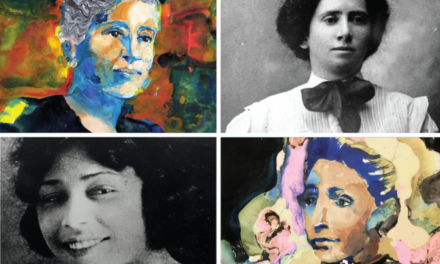 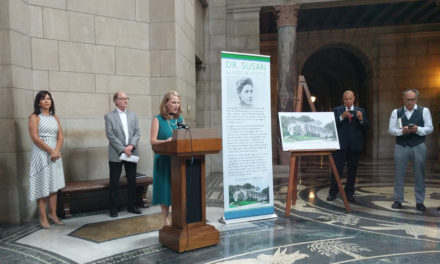