A record crowd of over 500 turned out for this year’s Chief Standing Breakfast on Friday, May 21st. Activist, environmentalist, economist and author Winona LaDuke was the keynote speaker at this year’s breakfast. Scholarships were presented to two outstanding Native American students for the fourth straight year, and entertainment was provided by the Standing Eagle Native American drum group.

The Shakopee Mdewakanton Sioux Tribe received this year’s Chief Standing Bear Humanitarian Award at the State Commemoration Celebration which took place on Friday, May 14 at the Nebraska State Capitol Rotunda. In addition to the Humanitarian Award, the University of Nebraska-UNITE student group, the Great Platte River Road Archway, Don Doll, S.J., and the SEPA Community Poster Project each received a Chief Standing Bear Organizational Award. This year’s Commemoration also featured the four 4th and 5th grade winners of the Chief Standing Bear Essay contest, which is sponsored by McDonalds. The event also featured a performance by the St. Augustine Children’s Drum Group.

The premier performance of “Waaxe’s Law” was also held on Thursday, May 13 at the Johnny Carson Theatre in the Lied Performing Arts Center in Lincoln. The play by Mary Nagle was a dramatic retelling of the seminal and heartbreaking trial of Chief Standing Bear in Omaha, Nebraska in 1879. Prior to the play a reception was held honoring Chief Standing Bear’s descendants. 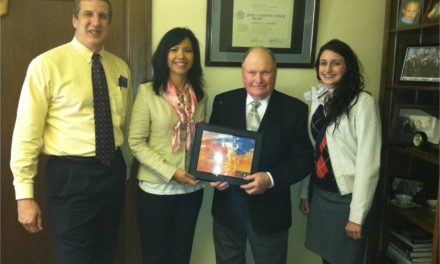 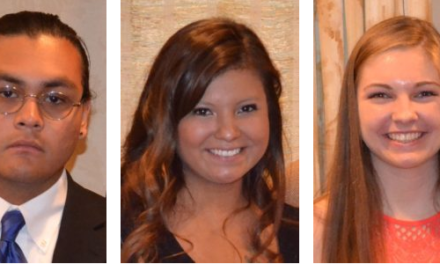