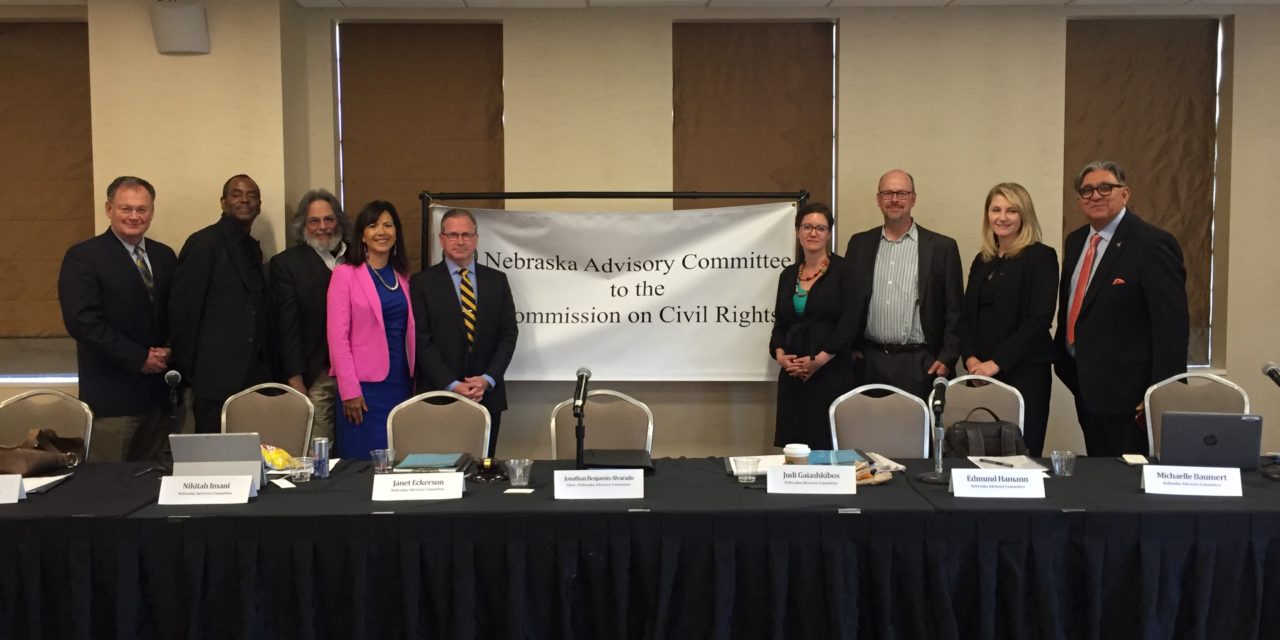 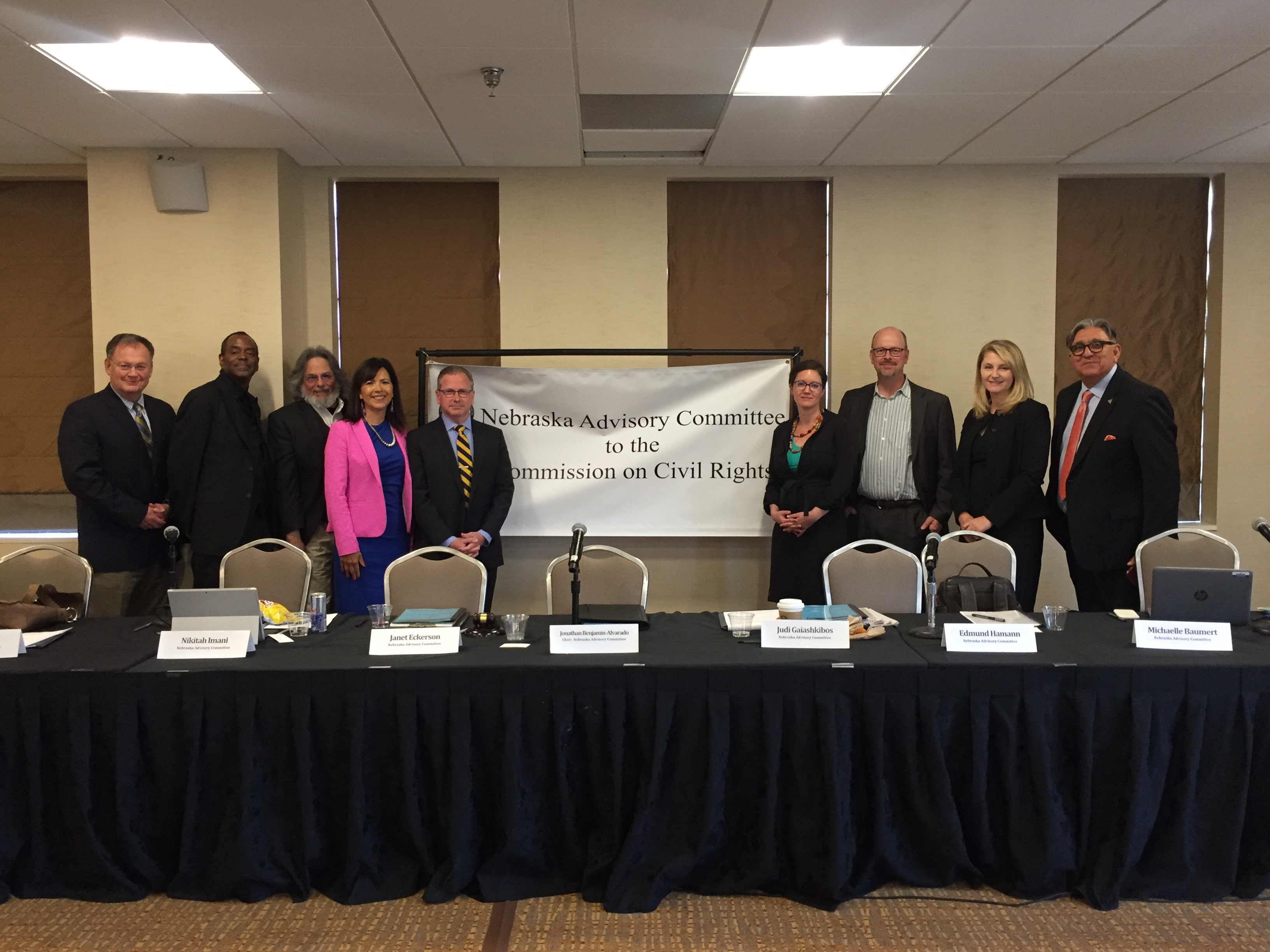 Thank you for the hard work, expertise, and commitment State Advisory Committees have shown and continue to show with public meetings, briefings, reports, and statements that reflect your expertise in civil rights issues across a broad range of concerns. These materials are a testament to your Committees coming together for tough and nuanced conversations, and taking in testimony from diverse viewpoints, and I am grateful that the Commission can act with your advice. In June I was particularly proud to join Congressman Kilmer (D-WA), Congressman Cole (R-OK), and Congresswoman Haaland (D-NM), alongside Commissioner Narasaki, Tribal leaders and other government officials from the Indian Health Service and Bureau of Indian Affairs, to discuss the Commission’s findings and recommendations from our report, Broken Promises: Continuing Federal Funding Shortfall for Native Americans. Testimony and findings and recommendations from the Alaska, Arizona, Hawaii, Kansas, Montana, New Mexico, and South Dakota Advisory Committees informed that report. The Commission continues to look forward to these opportunities to rely on your work and to lift it up to Members of Congress and other critical stakeholders.

Our Advisory Committees continue to be incredibly active in investigating and reporting on civil rights issues in their states. We thank the members of all SACs for selecting critical topics for investigation, hosting briefings, and issuing reports and advisory memoranda on important topics.

At Commission business meetings in June and July, Commissioners heard presentations by SAC chairs on reports and advisory memoranda:

Videos of the business meetings are available here and here.

The Nebraska SAC issued a statement regarding the use of Native American Indian mascots in Non-Native public schools.

We issued a press release announcing the appointments of individuals to nine SACs.

Chair Lhamon, on behalf of the Commission, sent letters to state government and legislative entities transmitting the following SAC reports and advisory memorandums:

Our SACS will continue to gather information and report on a wide range of crucial civil rights issues. Stay abreast of their activities on our website, Twitter and Facebook.

Vice-Chair Patricia Timmons-Goodson (2nd from left) with members of the Vermont SAC at its public briefing on disciplinary practices in schools, May 2019

On May 9, the Commission held a public briefing, Federal Me Too: Examining Sexual Harassment in Government Workplaces, to examine the Equal Employment Opportunity Commission’s enforcement efforts to combat workplace sexual harassment across the federal government, including the frequency of such claims and findings of harassment, the resources dedicated to preventing and redressing harassment, and the impact and efficacy of these enforcement efforts. The briefing looked at agency-level practices to address sexual harassment at the Department of State and NASA. Commissioners heard from current and former officials, academic and legal experts, advocates, and individuals who have experienced harassment. We invite you to watch the briefing’s morning, afternoon, and public comment sessions; read panelists’ written testimony; and view the agenda and transcript.

The Commission’s briefing on sexual harassment in federal government workplaces, May 2019

Our May 6 telephonic business meeting included discussion of April’s Commission Subcommittee public comment session, “The Condition of Immigration Detention Centers and the Status of Treatment of Immigrants in Detention,” in which we heard from members of the public, including impacted individuals and advocates. The Commission’s 2015 report, With Liberty and Justice for All: The State of Civil Rights at Immigration Detention Facilities, addressed the status of detained undocumented immigration children. In July 2018, the Commission voted to reopen its investigation on the conditions of immigration detention, and appointed a Subcommittee to examine the issue further. You can read the business meeting transcript here.

On June 13, the Commission released our report, Collateral Consequences: The Crossroads of Punishment, Redemption, and the Effects on Communities. The report addresses the potentially thousands of negative collateral consequences facing the over 600,000 individuals released each year from federal and state prisons. On issuance of the report, Chair Lhamon said, “These collateral consequences impose heavy burdens on formerly incarcerated persons’ ability successfully to reintegrate into free society and in so doing render all of us less equal and less safe. Congress, and local communities, should heed the call documented in these pages to lift unnecessary restrictions and speed effective reentry for formerly incarcerated people.” Please also see our press release.

On June 5, Chair Lhamon and Commissioner Karen Narasaki participated in a Congressional panel discussion – hosted by U.S. Representative Derek Kilmer – on our report, Broken Promises: Continuing Federal Funding Shortfall for Native Americans, issued in December of last year. We invite you to view the discussion here.

At our June 7 business meeting, the Commission majority issued a statement supporting equal rights for the LGBT community, including passage of the Equality Act. We also heard a presentation from historian and author David Carter: Stonewall at 50: The Movement for LGBT Civil Rights. We invite you to view video and read the transcript of the meeting and Mr. Carter’s presentation.

On July 23, the Commission released our report, Beyond Suspensions: Examining School Discipline Policies and Connections to the School-to-Prison Pipeline for Students of Color with Disabilities. On issuance of the report, Chair Lhamon stated: “As the Commission documents, discrimination based on race and disability in school discipline practices has plagued education across the United States for decades and can wreak significant harm on students and school communities. As the Commission urges, the nations’ students deserve aggressive enforcement of federal civil rights laws designed to protect against these harms.” You can read our press release here.

Finally, we heard a presentation by Charles Kamasaki, a leading expert on immigration policy and advocacy: The history and legacy of the Immigration Reform and Control Act of 1986. We invite you to view video and read the transcript of the meeting and Mr. Kamasaki’s presentation.

Commissioners heard a presentation by author and policy expert Charles Kamasaki: “The history and legacy of the Immigration Reform and Control Act of 1986,” July 2019

On August 16, the Commission majority issued a statement welcoming legislation in response to our 2018 report, Broken Promises: Continuing Federal Funding Shortfall for Native Americans. Senator Elizabeth Warren and Representative Deb Haaland announced their intent to introduce a bill to address the findings and recommendations of our report. Chair Lhamon stated, “As the Commission documented, legislation to meet the federal government’s trust obligations is timely and long overdue. We look forward to working with members of Congress to ensure that the Commission’s recommendations are adopted.”

At our August 22 telephonic business meeting the Commission majority voted to approve a forthcoming report: In the Name of Hate: Examining the Federal Government’s Role in Responding to Hate Crimes. The Commission held a public briefing on the subject in May 2018.

During the August 29 telephonic business meeting, the Commission majority voted to approve two forthcoming reports: Are Rights a Reality? Evaluating Civil Rights Enforcement and Trauma at the Border: The Human Cost of Inhumane Immigration Policies. We held briefings and public comment sessions on both subjects in November 2018 and April 2019, respectively.

Transcripts of the August 22 and 29 meetings will be available on our website in the near future.

Finally, we want to thank our dedicated 2019 interns, who provided amazing assistance to the Commission’s as we carried out our mission to advance respect for civil rights.

Our summer interns enjoyed a day on Capitol Hill, July 2019

In October 1977, the Commission held a two-day public briefing in Seattle to address civil rights concerns of Native Americans in the state of Washington. The Commission took up the topic as a result of two decades of tensions among state government, legislators, business, private interests (for example, the fishing industry), and Native American peoples after federal policy continued to push “assimilation” and “termination” of Native American reservations. An excellent resource describing the hearing and the issues it attempted to address can be found here.

As you will recall, the Commission issued a major report, Broken Promises: Continued Federal Funding Shortfall for Native Americans, last December, evidencing the need for our continued attention to the critical civil rights challenges Native Americans face to this day.

We hope you find this newsletter informative. Suggestions or ideas for future editions? Photos or links to share? Email Brian Walch at bwalch@usccr.gov.

The U.S. Commission on Civil Rights, established by the Civil Rights Act of 1957, is the only independent, bipartisan agency charged with advising the President and Congress on civil rights matters and reporting annually on civil rights. Our 51 state Advisory Committees offer a broad perspective on civil rights concerns at state and local levels. The Commission: In our 7th decade, a continuing legacy of influence in civil rights. For more information, please visit www.usccr.gov and follow us on Twitter and Facebook. 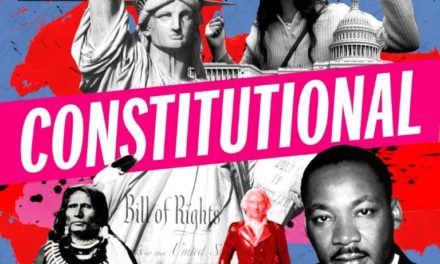