From the Omaha World Hearld

WAYNE, Neb. — Mike Barry bounces back and forth from the gymnasium to the ticket window, running the numbers in his head.

Inside, bleachers are filling fast. Outside, the line snakes down the sidewalk almost 100 yards. He has a problem.

Barry has managed Wayne State’s facilities for 17 years, all the way back to the heyday of Greg McDermott. He has never locked the doors.

If fans keep coming, he isn’t going to have a choice.

He knew this Class C-1 clash would draw a big crowd. District finals are always popular. And Norfolk Catholic has a devoted fan base. The mystery was on the other side: the 24-1 Winnebago Indians.

Three nights earlier, Barry had attended Winnebago’s subdistrict final. He witnessed the best dunk he’d seen all year — “That was worth the price of admission right there.” He noticed the buzz around the region. Even casual basketball fans were talking about the state’s best Native American high school team in decades.

To read more of the article visit the Omaha World Hearld website. 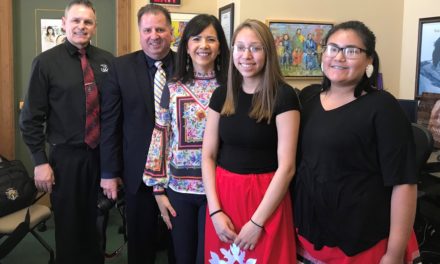